The Sanskrit word siddhi or siddhiḥ (“perfection”, “accomplishment”, “attainment”, or “success”) — refers to the extraordinary powers of the atma (Self), developed through consistent meditation and deliberate, grueling, often uncomfortable tapas, or awakened naturally through spiritual maturity and yogic sadhana. Siddhi powers are said to be obtainable by meditation, control of the senses, devotion, herbs, mantras, pranayama, or good birth. Siddhis may be considered by some as a form of mystical, “supernatural” power that is tied to the internal energy of the body.

The descriptions of the various siddhi powers

The descriptions of the various siddhi powers and other assorted psychic abilities have ancient roots. Many of the most common names and descriptions can be found in the ancient Vedic texts of India, like the Bhagavad Gita, or books like The Yoga Sutras of Patanjali. Patanjali writes that the siddhis are attained after mastery of the last three steps of the eightfold path: the ability to simultaneously sustain (holding a highly focused, unwavering, deeply absorbed meditative state) the concentration, meditation, and samadhi at will.

Yogic wisdom describes many variations of the siddhis. The mastery of specific Siddhis is taught to be attained through the right kind of Samyama (the state of integration). There are eight primary siddhis, and ten secondary siddhis and five siddhi’s specific for concentration.

Aṇimā: Ability to reduce one’s size, the reduction of one’s form to one atom. The power to become invisible. This siddhi offers the practitioner the practical knowledge and understanding of the most delicate interconnections of matter, space and energy, and the ability to manipulate it. A psychic power associated with this siddhi is the ability to control the density of an object or one’s body such that one could walk through solid matter.

Mahima: Ability to increase one’s size or the body can become very heavy. This is the opposite of Anima. The practitioner can become as big as he likes, even larger than the universe. This siddhi offers the practitioner the practical knowledge and understanding of the grandest interconnections and workings of things far away including the workings and interactions of all celestial objects. A psychic power associated with this siddhi is clairvoyance (literally: “Far Seeing”).

Laghima: Ability to become lighter than the lightest. The practitioner can make his body as light as cotton or feather. The Yogi produces a diminution of his specific gravity by swallowing large draughts of air. The Yogi travels in the sky, thousands of miles in a minute. A psychic power associated with this siddhi is the ability is Levitation.

Garima: Ability to increase one’s weight infinitely. This is the opposite of Laghima. In this, the Yogi acquires an increase of specific gravity. The practitioner can make the body as heavy as a mountain by swallowing draughts of air.

Prāpti: Ability to obtain anything. Through this siddhi, the Yogi attains his desired objects and supernatural powers. He acquires the power of predicting future events, the power of clairvoyance, clairaudience, telepathy, thought-reading, etc. He can understand the languages of the beasts and birds. He can understand unknown languages also. He can cure all diseases. This siddhi removes the distance between two locations. A psychic power associated with this siddhi includes teleportation.

Prākāmya: Ability to acquire anything desired. The practitioner can dive into the water and can come out at any time he likes, also is the capacity to become invisible. By some writers, it is defined to be the power of entering the body of another person.  It is also the power of keeping a youth-like appearance for any length of time. This siddhi relates to the ability to generate perfect mental focus and irresistible will power that allows achieving any goals: An inner mental mastery. This is a gateway ability, required for the practical exploration of all the other siddhis.

Iṣiṭva or Ishitaa: is the control over the forces of nature. It is the attainment of divine power. The Yogi who has this power can restore life to the dead. The ability to control the elements, the power to manipulate elemental forces for practical effects – as to produce fire from air, or to “dive into the earth as if it were water, or climb upon the air as though it were earth.”

Vaśitva: Having control over things. To have control or dominion over the senses. This is the power of taming wild animals and bringing them under control. It is the power of mesmerising persons by the exercise of will and of making them obedient to one’s own wishes and orders. It is the restraint of passions and emotions. It is a form of psychic invisibility.

Yatkamastadavasyati: To obtain joy by willing it so. The ability to obtain anything from anywhere, the cessation of misery and desire. This is considered to be the highest state of bliss. A psychic power associated with this siddhi is the ability of Materialization: the ability to condense physical matter of any desired shape and form. It is said to be the highest of the eight primary siddhis and contains many subtle and combined variations of the other seven.

Haiku is a form that is deceptively simple.

Haiku is a form that is deceptively simple. , at a certain stage of the practice, one can observe the obtaining of different “powers”. But, in general, such powers are considered to be just distractions, so they are not discussed much or the subject is even avoided. The general opinion is that such abilities can serve as a sign saying that someone has reached a certain stage on the Path, and that is all. It can be useful in that regard, but it’s a vague area, so can be very tricky for the practitioner.

So it is better to just ignore them. Seeking siddhi powers is often discouraged and considered to be an impediment to spiritual advancement because it cultivates ahankara, I-ness. Six siddhis, in particular, are considered primary obstacles to samadhi: clairvoyance, clairaudience, divination, super-feeling, super-taste, super-smell.

The siddhis are just signs on the way, not the Way.

When Katagiri Roshi was asked about his supernatural powers, he said on several occasions, “Of course, I have, but, anyway, not so important.” Zen teaching and practice, as you may know, embrace the ordinary as extraordinary.

So, never underestimate the power of the paper bag over the head . . . 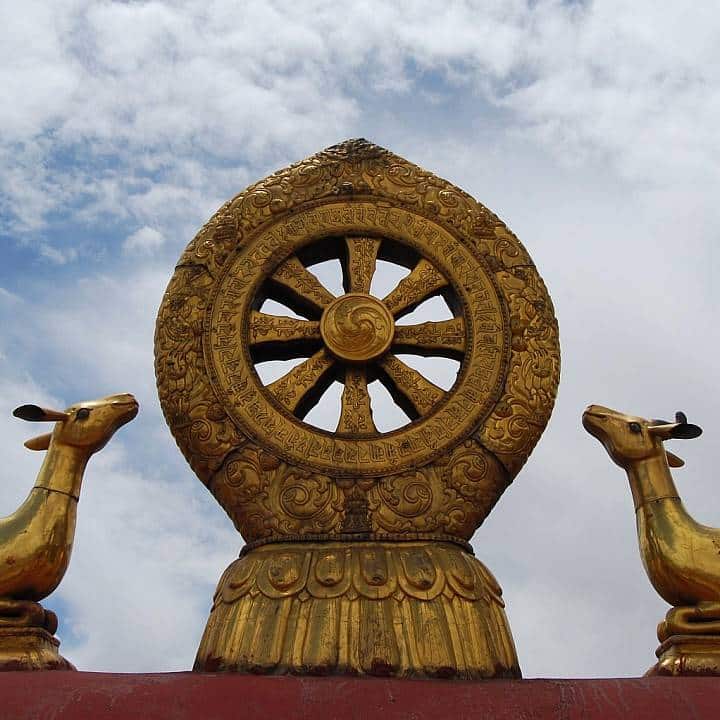