Five skandhas (Skt. pancaskandha) — the five psycho-physical aggregates, which according to Buddhist philosophy are the basis for self-grasping.

The aggregate of form corresponds to what we would call material or physical factors. It includes our own bodies and material objects.

Rupa is something material that can be sensed. Rupa includes the Four Great Elements (solidity, fluidity, heat, and motion) and their derivatives. These derivatives are the first five faculties, the sense organs (eye, ear, nose, tongue, body) and the first five corresponding objects of these sense organs (visible form, sound, odor, taste, tangible things). These are the whole of the physical world.

In its broadest sense, a form is spoken of in terms of causal and resultant forms. Causal forms are the elements of earth, water, fire, and wind, and then the resultant forms – which are made from these elements – are said to include the five sense faculties and their objects, as well as the category called ‘imperceptible forms’.

The sense faculties are not the ordinary sense organs—our eyes and ears and so on—but subtle forms within the sense organs. They have particular shapes which are described very precisely in the Abhidharma literature.

Another way to understand rupa is to think of it as something that resists the probing of the senses. For example, an object has form if it blocks your vision.

Vedana is a physical or mental sensation that we experience through contact of the six faculties with the external world. In other words, it is the sensation experienced through the contact of eye with visible form, the ear with sound, nose with odor, tongue with taste, body with tangible things, mind (manas) with ideas or thoughts. Feelings are pleasant, unpleasant or neutral. They are of six kinds, for instance, pleasure on seeing something or disgust on smelling something. Feelings are based on the following: Sights, Sounds, Tastes, Smells, Body-Sensations, and Mind. These mental feelings or sensations are also divided into these six kinds.

According to the teachings, feelings are important because they are the basis for attachment and aversion. It is particularly important to understand that manas — mind or intellect — is a sense organ or faculty, just like an eye or an ear.

Because vedana is the experience of pleasure or pain, it conditions craving, either to acquire something pleasurable or avoid something painful.

The word “sanna” means “knowledge that puts together.” It is the capacity to conceptualize and recognize things by associating them with other things. For example, we recognize flowers as flowers because we associate them with our previous experience with flowers.

Perception means the apprehension of a specific object, as distinct from something else. On the conceptual level, this means the recognition of identities or names, and on the sensory level, it means the discernment of the five objects of senses. The function of perception is to turn an indefinite experience into a definite, recognized and identified experience. It is the formulation of a conception of an idea about a particular object of experience. Perception could be non-conceptual – as in the case of the five physical senses, or conceptual – as in the perception of thoughts and ideas. There are as many types of perception as there are phenomena, and all are subjective experiences.

We have Visual, Auditory, Taste, Smell, Touch, and Mind Perceptions. This mental perception is also divided into six forms.

The aggregate of a mental formation may be described as a conditioned response to the object of experience. It is not just the impression created by previous actions, but also the responses here and now motivated and directed in a particular way. The mental formation has a moral dimension; perception has a conceptual dimension; feeling has an emotional dimension. All volitional actions, good and bad, are included in the aggregate of mental formations. Volitional Mental Formations are mental actions that direct the mind to good, to bad or to neutral activities. Contrasting with perception and feeling – which are not volitional actions and so do not produce karma, mental formations do produce good and bad karma.

Mental Formations include: attention, will, determination, confidence, concentration, wisdom, energy, desire, hate, ignorance, conceit, self-illusion and so on, 52 in all.

The Sanskrit word is formed from the root jna, which means “to know.” The prefix vi-, indicates a separation or division. Its function is both awareness and cognizance, to notice or observe.

Along with six types of consciousness, we have two more: – the ‘defiled mental consciousness’ – the notion of ‘I’ and ‘mine, the ‘self-image’ -, and the alaya vijnana – the storehouse-consciousness which induces transmigration or rebirth, causing the origination of a new existence.

Whatever we think of us, of who we are, is based on these five aggregates because we filter and create our experience relying on them and we cling on them. Buddha said that the five clinging-aggregates are suffering. They create suffering because they are impermanent. They are temporary, conditioned phenomena. They are empty of a soul or permanent essence of self. The most important point Buddha made in the teaching related to the five skandhas is that the skandhas are not “you”, and that clinging to these aggregates as “me” is an illusion. But when we realize these aggregates are just temporary phenomena and not-me, we are on the path to enlightenment.

The five skandhas are called aggregates as they work together to produce a mental being. As Heart Sutra says, Avalokitesvara Bodhisattva illuminates and sees the emptiness of the Five Skandhas.

All conditioned phenomena may be included within these five groups, but when we are investigating the self, we limit ourselves to the form of our bodies, and our own thoughts and so on. 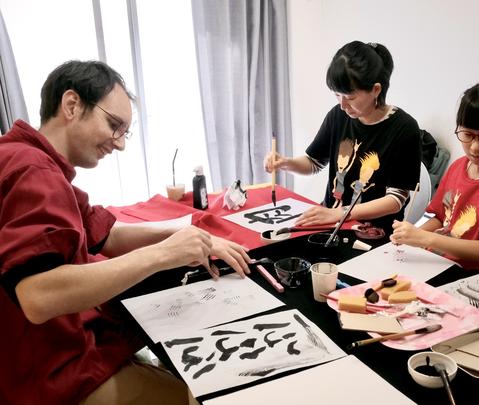