The Buddhists, following the traditions of their Indian fore-fathers, saw the universe as infinite in time and space, and filled with an infinite number of worlds.

Above our ordinary world, there are two realms:  the realm of form (rupa-dhatu) and the even higher realm of formlessness (arupa-dhatu). Below these is the realm of desire (kama-dhatu). Each of these groups of heavens contains different grades of devas, but all of those within a single group are able to interact and communicate with each other. On the other hand, the lower groups have no direct knowledge of even the existence of the higher types of deva at all.

The Buddhist cosmology is presented

The Buddhist cosmology is presented in commentaries and works of Abhidharma in both Theravāda and Mahāyāna traditions, being the end-product of an analysis and reconciliation of cosmological comments found in the Buddhist sūtra and vinaya traditions – altough no single sūtra sets out the entire structure of the universe; in several sūtras the Buddha describes other worlds and states of being, and other sutras describe the origin and destruction of the universe.

Buddhist cosmology can be divided into two related kinds:

spatial cosmology, which describes the arrangement of the various worlds within the universe

temporal cosmology, which describes how those worlds come into existence, and how they pass away.

Spatial cosmology can also be divided into two branches.

the vertical (cakravāḍa) cosmology describes the arrangement of the worlds in a vertical pattern, some being higher and some lower.

the horizontal (sahasra) cosmology describes the grouping of these vertical worlds into sets of thousands, millions or billions.

In the vertical cosmology, the universe exists of many worlds (lokāḥ) or “planes” – stacked one upon the next in layers. Each world corresponds to a mental state or a state of being.

The vertical cosmology is divided into thirty-one planes of existence. The planes are divided into three realms, or dhātus, each corresponding to a different type of mentality. These three (Tridhātu) are the Ārūpyadhātu, the Rūpadhātu, and the Kāmadhātu. The latter comprises the “five or six realms”.

In some instances, all of the beings born in the Ārūpyadhātu and the Rūpadhātu are informally classified as “gods” or “deities” (devas), along with the gods of the Kāmadhātu. The deities of the Kāmadhātu differ more from those of the Ārūpyadhātu than they do from humans. Most of them are not “gods” in the common sense of the term, having little or no concern with the human world and rarely if ever interacting with it; only the lowest deities of the Kāmadhātu correspond to the gods described in many polytheistic religions.

The term “brahma” is used both

Sahasra (the horizontal cosmology) means “one thousand”. All of the planes, from the plane of neither perception nor non-perception (nevasanna-asanna-ayatana) down to the Avici – the “uninterrupted” or “unceasing” (avici literally means “without interval”) niraya – constitutes the single world-system, cakkavala (intimating something circular, a “wheel”, but the etymology is uncertain). In modern language it would be called a ‘universe’, or ‘solar system’.

A collection of one thousand solar systems are called a “thousandfold minor world-system” (culanika lokhadhatu). Or small chiliocosm.

A collection of 1,000 times 1,000 world-systems (one thousand squared) is a “thousandfold to the second power middling world-system” (dvisahassi majjhima lokadhatu). Or medium dichiliocosm.

Buddhist temporal cosmology describes how the universe comes into being and is dissolved. Like other Indian cosmologies, it assumes an infinite span of time and is cyclical. This does not mean that the same events occur in identical form with each cycle, but merely that, as with the cycles of day and night or summer and winter, certain natural events occur over and over to give some structure to time.

The basic unit of time measurement is the mahākalpa or “Great Eon” (Jpn: daigō). A mahākalpa is divided into four kalpas or “eons” (Jpn: kō), each distinguished from the others by the stage of evolution of the universe during that kalpa.

The four kalpas are:

Each one of these kalpas is divided into twenty antarakalpas (Pāli: antarakappa; Jpn: “inside eons”) each of about the same length. For the Saṃvartasthāyikalpa this division is merely nominal, as nothing changes from one antarakalpa to the next; but for the other three kalpas it marks an interior cycle within the kalpa.

Originally, a kalpa was considered to be 4,320,000 years.  Buddhist scholars expanded it with a metaphor:  rub a one-mile cube of rock once every hundred years with a piece of silk, until the rock is worn away — and a kalpa still hasn’t passed!  During a kalpa, the world comes into being, exists, is destroyed, and a period of emptiness ensues.  Then it all starts again. 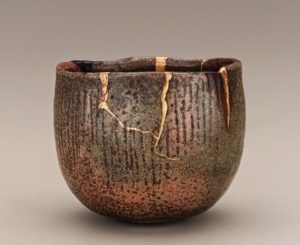 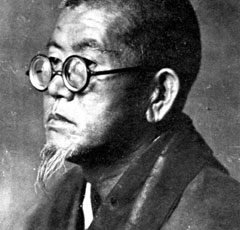