Here is a compelling article written by Sodo Yokoyama Roshi, also known as The Leaf Flute Zen Master (草笛禅師 Kusabue Zenji).  Yokoyama was a disciple of Kodo Sawaki Roshi and the dharma brother of Uchiyama Roshi. He was famous for residing in a public park in Komoro in Nagano Prefecture, after spending ten years at Antaiji temple, where he started his unique life in his “temple under the sky and played songs for travelers by whistling on a leaf.

“All you have to do is decide that wherever you are is the best place there is. Once you start comparing one place to another, there’s no end to it.” — Sodo Yokoyama

“My teacher, the late Sawaki Roshi, often made the following self-evaluation: ‘I am an eternally deluded person. No one is as deluded as I am. I am deluded with gold trimmings. How clear it is to me when I do Zazen!’

What a strange thing this Zazen is. When we practice it, distracting ideas, irrelevant thoughts — in short, delusions, which ordinary people are made of, suddenly seem to feel an irresistible temptation to arise and appear on the surface. Then there is a desire to drive these thoughts away, in irresistible desire to which our complete effort is added. Those who don’t do Zazen know nothing about this. Why is it that when we practice, deluded thoughts continue to surface one after the other? The reason, which we learn from Zazen, is that each one of us, from prince to beggar, is an ordinary (deluded) person. The attempt to drive these deluded thoughts away — delusion being so much nonsense (interfering with the happiness of oneself and others) — is also something brought home to us through Zazen. We tentatively call this Zazen that guides us in this way, ‘Buddha’.

According to this teaching, simply the awareness that you are deluded, which comes from practising Zazen, makes you, in reality, a Buddha. It’s Zazen that teaches us that we too are deluded, and hence delivers us from this delusion. When we actually practice Zazen and look carefully at all the deluded ideas that keep popping up, we realize how ordinary we are and how little we have to be proud of or to brag about; nothing to do other than quietly hide away. This is, after all, what we truly are.

Satori is being enlightened to the fact that we are deluded. There is then the desire, however small, to stop these deluded acts. That is how ordinary people are saved by Zazen. So we realize, beyond a doubt, our ordinariness through our Zazen practice, and any departure from Zazen (Buddha) will give rise to the inability to deal with these delusions and hence we will lose our way. We can say that the world has gone astray because it can’t deal with its delusions…All the troubles in this world, political, economic and so forth, are created from situations in which the awareness of one’s ordinariness is absent.

Sawaki Roshi said, ‘Those who are unaware of their ordinariness are from a religious point of view shallow and comical.

The devil — that is, illusion — when seen as the devil, can no longer exhibit its powers, and disappears of its own accord.

Shakyamuni was enlightened beyond all doubt to the fact that he was an ordinary person and became a Buddha. Then he began to live the life of a Buddha. When you realize your ordinariness, you are a Buddha, and when you are a Buddha, no matter how many distracting ideas and irrelevant thoughts appear they are no match for a Buddha and hence no longer remain obstacles. Delusions that no longer obstruct us are called fantasies. The Buddha way — the way of peace — is turning of delusion into fantasies.”

Sodo Yokoyama sitting in Zazen “Zazen is the highest and noblest posture for man. It is a breathing portrait. It is sculpture.” Sodo Yokoyama. Photo by David Adams. 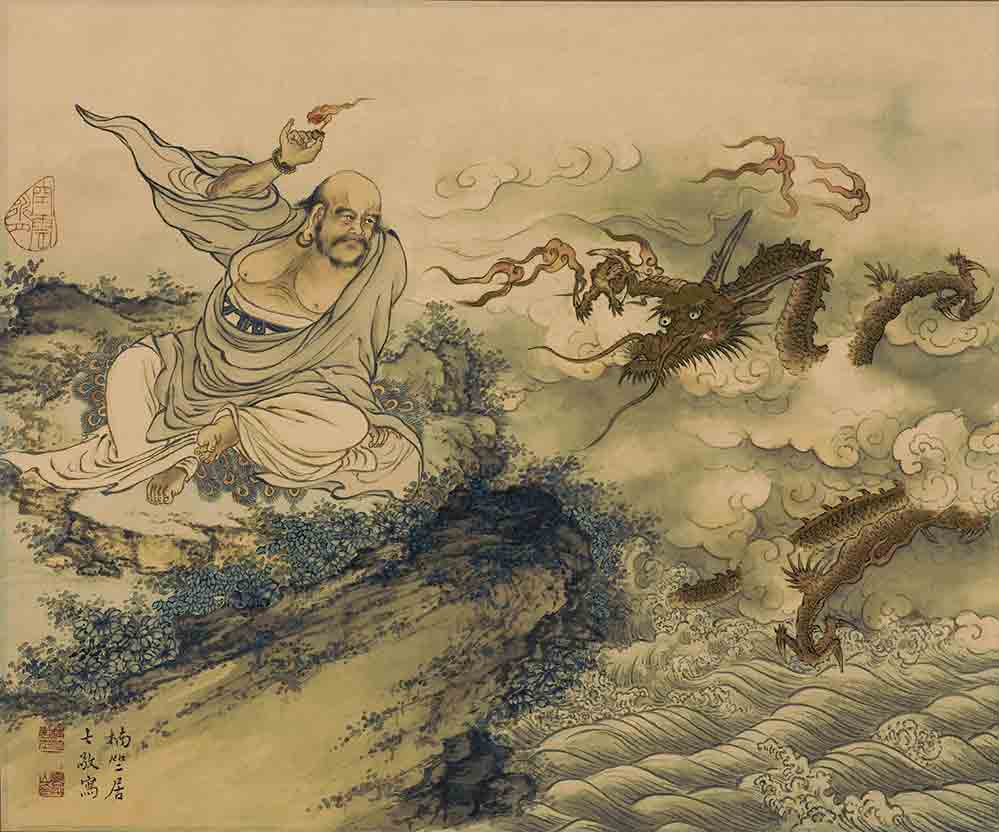