When it comes to settling down and finding a good place for that we have a lot of questions, we do a lot of research and somehow, we are not always sure 100%.

Finding the right spot to settle down and raise a family is something that bothers a lot of us. We tend to look for quiet areas and neighbourhoods, we try to find proximity to playgrounds, schools and kindergartens, and there aren’t a lot of places that offer all of that. Some can offer a few things on the list and we usually have to do some sort of compromise to settle in the best spot.

Today we have decided to write about Little Rock, Arkansas as a place that might be viable for you to settle down and start and raise a family. In the article today you will find all you need to know about Little rock and in a conclusion, we will tell you whether it is worth it or not. With the help of redfin.com, you can find a decent place to buy or rent if you like what we have to say about this place.

Little Rock is the southern capital of Arkansas and it is the largest state in Arkansas. In 1722 French explorer Bernard de la Harp noticed an outcropping of rocks on the Arkansas river upstream from where it merges with the Mississippi river. He named it La Petite Rocher or the Little Rock. This area became part of Louisiana territory which was governed by France, then Spain, and then France again before it became part of the United States, during the Louisiana Purchase in 1803.

Thanks to its geographical location made Little Rock a commercial centre once steamboats started arriving. This also aided to significant and fast growth in the following decades. Today’s population of Little Rock is just shy of 200,000 people which makes it the 133rd largest city in the US.

Some of the unique aspects of the town are just how many things are named after the Clintons. As you already know, former US president Bill Clinton is from Arkansas and he served in Little Rock as the Governor for 16 years. Today there is a street, bridge and even a city airport with Clinton’s name on it. Little Rock also has one of the 13 presidential libraries, and an interesting thing about it is that that library is one of the largest in terms of physical area and its archives are the largest in the country.

The cultural hearth of the city is located between the Arkansas River and the Downtown, and it’s called the River Market District and Riverfront Park. Here you can find a market, a sculpture garden, biking and hiking paths, museums as well as the rock formation the city got its unique name from. This city also has a famous high school – Little Rock Central High School, which is famous for the fact that this was the first high school that enrolled nine black students on what was until then an all-white high school. This happened in 1957 and now there are statues at the Arkansas State Capitol building in front of Little Rock honouring those nine brave students.

Now since we got this brief history/interesting part of Little Rock, let’s dive into something you may be interested in as well – the real-estate part. Those of you that are moving here will most likely buy or rent for some time and this is what you can expect.

Little Rock Arkansas has been famous for its affordability and when you account for the fact that you have so many things going for it, it somehow makes you wonder if there is something wrong? The answer is no, and one reason that it remained so affordable is that it is a land-locked state. This is a somewhat limiting place when it comes to tourists because there are no beaches that attract them, but that doesn’t mean that there aren’t a lot of lakes and rivers with forest parts where you can enjoy as well in a bit of a different form that you would at sea, for instance.

Another factor that influences the big affordability in Little Rock and Arkansas as a whole is the fact that it has a lot of lands to offer and sell. When it comes to supply and demand it is clear how the prices are formed. If there is a bigger demand prices are higher if the supply is greater then prices are lower and more affordable. The latter is the case with Little Rock and Arkansas in general. With this place being so vast and open there is a huge offering on land and room for people all over, the pricing on the land, homes and apartments is a lot lower than anywhere else.

Now that you know all this and that all your suspicions are taken away, tell us would you move to Little Rock and start a family there?!

Why wouldn’t you? knowing about the benefits, knowing about the low cost of moving in and all the things Little Rock got for it are the things that tip the scales for your benefit. Schools, preschools and kindergartens are good and plenty, there are a lot of things to do and a lot of places to go in Little Rock and Arkansas in general. It is a quiet place and a quiet state to live in without much hassle and crime.

Little Rock’s per capita income in 2018 was $37,188, making it prosperous relative to Arkansas and upper middle income relative to the rest of the US. This translates to a family of four earning $148,752 per year. However, Little Rock is home to both rich and impoverished residents.

Little Rock has a very diversified ethnic population. People who live in Little Rock identify as belonging to a range of racial and ethnic groupings. The majority of Little Rock people describe as White, followed by Black or African-American. People in Little Rock have English, German, Irish, African, and European ancestors. 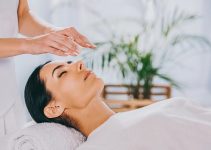 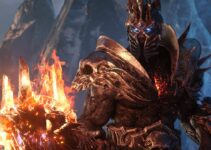