Spring – Summer (and the rest of the movie) – The Zen Universe 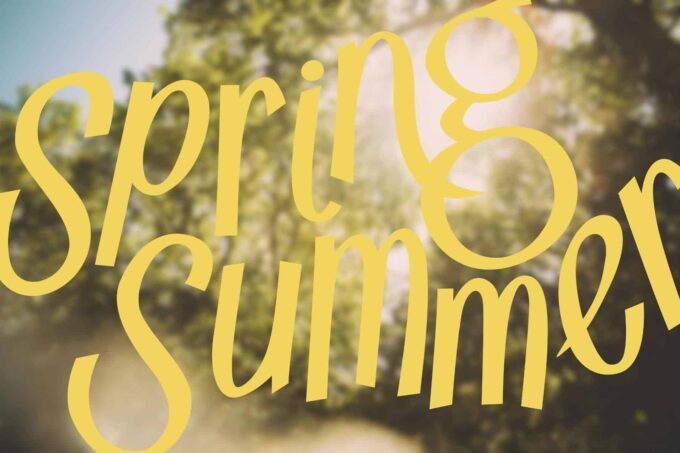 The basic story speaks about the relationship between a hermit monk and an orphan left in his charge. Together they care for a temple in the middle of a remote mountain lake.

The title uses the changes of seasons as a metaphor for life.  The five seasons in the title follows the physical, mental, spiritual development of a man from boyhood to adulthood. It is one long, intensely aesthetic Buddhist meditation on the passage of life and time, the acceptance of responsibility and the release of desire.

The wooden doors of a gated threshold open on a small monastery raft that floats upon the tranquil surface of a mountain pond. The hermitage’s sole occupants are an Old Monk and his boy protege Child Monk. While exploring the world in and around their secluded idyll, Child Monk indulges in the capricious cruelties of boyhood. After tying stones to a fish, a frog, and a snake, Child Monk awakens to find himself fettered by a large stone Old Monk has bound to him. The old man calmly instructs the boy to release the animals, promising him that if any of the creatures die “you’ll carry the stone in your heart for the rest of your life.”

The doors open again on Boy Monk now aged 17 who meets a woman making a pilgrimage with her spiritually ill daughter. “When she finds peace in her soul,” Old Monk reassures the mother, “her body will return to health.” The girl awakens desire in Boy Monk and the sensual flirtation between the two of them culminates in passionate lovemaking on pond-side rocks. After a furtive but tender tryst in the abbey’s rowboat, the lovers are discovered by Old Monk. The girl, now healed, is sent back to her mother. Forsaking his monastery home, the infatuated Boy Monk follows her.

Long absent from the monastery, Young Adult Monk, now a thirty year old fugitive, returns to the abbey raft still consumed by a jealous rage that has compelled him to commit a violent crime. When Young Adult Monk attempts penitence as cruel as his misdeed, Old Monk punishes him. The Old Monk instructs Young Adult Monk to carve Pranjaparpamita sutra into the hermitage’s deck in order to find peace in his heart.

The doors open on the now frozen pond and abandoned monastery. The now mature Adult Monk returns to train himself for the penultimate season in his spiritual journey-cycle. A veiled woman arrives bearing an infant that she leaves in Adult Monk’s care. In a pilgrimage of contrition, Adult Monk drags a millstone to the summit of a mountain overlooking the pond. As he gazes down on the pond that buoys the monastery and the mountainsides that gently hold the pond like cupped hands, Adult Monk acknowledges the unending cycle of seasons and the accompanying ebb and flow of life’s joys and sorrows.

The doors open once again on a beautiful spring day. Grown from a child to a man and from a novice to a master, Adult Monk has been reborn as teacher for his new protege. Together, Adult Monk and his young pupil are to start the cycle anew…

In Buddhist thought, life and time are cyclic. It is more than just the cycle of dying and rebirth that is part of that worldview. It is also the way life is understood and lived. We see this Buddhist worldview beautifully portrayed in the Korean film Spring, Summer, Fall, Winter, … and Spring.

Director Kim Ki-Duk said, “I intended to portray the joy, anger, sorrow and pleasure of our lives through the life of a monk who lives in a temple on Jusan Pond surrounded by nature”.

The film tells the story of two monks living in a temple floating on Jusan Pond, surrounded by forested mountains — a beautiful setting for an exploration of the spiritual life. And the life that is portrayed în the movie shows us a spiritual journey. One of the monks is an adult monk while the other begins the film as a child. As the film progresses from season to season, the younger monk progresses from child to boy, to young man, and to adult. We see him going through the lessons of love and lust, of violence and contribution, of penitence and forgiveness, of honor and death and rebirth; lessons on dealing with one’s own emotions and inner turbulence. With each season of the earth we see a season in the life of the younger monk — and by extension, a season in the life that is common to all people. Simple lives reflecting Nature and Life’s cycles.

The movie is packed with koans, so it can be a new movie each time we watch it. The temple’s pet is always changing. First, it’s a dog, then a cock, then a cat, and a snake. We can ask ourselves why does the teenager steal the rooster? Why does the old man replace it with a cat? And the koans keep coming: the temple’s interior is one single space – but while there are no walls, there are doors through which the occupants can pass; tai-chi performed on ice by a “broken” man; a boat anchor used as penitence – from a boat that’s never anchored;  the old monk can summon the boat at will… or he can retard its progress despite the forward motion of a strong rower; two police detectives are carrying guns and mobile phones; humiliated people literally losing their faces; the sun speeds up and slows down; and the pier it’s built on drifts – upwind – without actually moving.

However, the film it simply points out the truth that life repeats itself. Not a single life, but the combination of lives: continuity is circular in nature.

The story is awesome and so are the characters. There are very few dialogues, just enough to make sense. The natural beauty of Jusanji Pond with the floating monastery is extraordinary. …

The hermitage that is the stage for SPRING, SUMMER, FALL, WINTER… AND SPRING is an artificially constructed set made to float on top of Jusan Pond in North Kyungsang Province in Korea. Created about 200 years ago, Jusan Pond is an artificial lake in which the surrounding mountains are reflected in its waters. It retains the mystical aura of having trees more than hundreds of years old still growing within its water. LJ Film was able to obtain permission to build the set after finally convincing the Ministry of Environment through six months of negotiations.

SPRING, SUMMER, FALL, WINTER… AND SPRING is a potent visualization of the passions inhabiting the human spirit and the understanding and acceptance which form the very substance of our lives.

All we have to do is to realize that life can be as simple as we want it to be; it’s all about the choices we make.

Mindfulness
There are many different ways of understanding mindfulness
19309