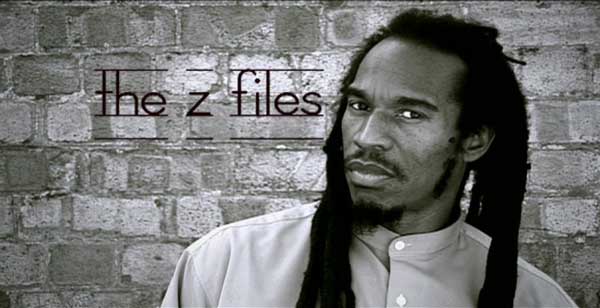 You should once meet this barbarian directly to be really intimate with him.

But saying you are really intimate with him already divides you into two.

Barbarian with no beard

Wakuan Shitai (Huo-an Shih-t’i) 1108-1179 was a disciple of Hu-kuo (Gokoku Keigen) whose master was Yuan-wu (Engo Kokugon) from Rinzai School, during the Sung period. Yogi (Yang-ch’i) line of transmission had three main branches: one is Engo Yuan-wu’s, another one of Mumon Wu-men’s, and the third one is of Daie (Ta Hui). He died at the age of 72, four years before Mumon (the author of the Gateless Gate) was born.

In his time, many foreigners entered China from India and other countries of Central Asia. The Chinese called them barbarians, as they thought that China was the center of the world and that they were the only civilized people. So they called Bodhidharma “a barbarian” or “that old blue-eyed barbarian.” Bodhidharma is the Indian monk who, according to the tradition, brought Zen to China, and he is considered to be the first Zen ancestor.

The koan is very confusing because Bodhidharma – the “western barbarian” – is usually depicted with a beard and still, Wakuan ask “Why has the Western Barbarian no beard?”- even if he is well aware that Bodhidharma’s beard is present in the picture. Wakuan’s remark communicates that he is looking at the Principle pointed to by the picture of Bodhidharma and that he is not merely seeing a bearded version of an icon.

This koan taps into two perspectives, the perspective of the “relative” and the perspective of the “absolute.” Everything has two aspects, phenomenal and essential, relative and absolute. From the relative perspective – our usual way of understanding, Bodhidharma has a beard and from the absolute, he has no beard. But, to be able to realize this, we have to go deeper, to grasp the essential nature of things, the realization that in the absolute there is no dualistic opposition – subject and object, good and bad, enlightenment and delusion, etc., and also there is no form, no colour, no concepts etc., – so, in his essential nature, Bodhidharma not only has no beard, he also has no eyes, no ears, no nose, no tongue, no body and no mind … but there is no such thing as the “Western Barbarian”.

Viewed from the perspective of the interconnectedness of life, “beard”, “Western Barbarian”, “eye”, “ear”, “nose”, “tongue”, “body”, “mind” or any other “thing” that we verbally describe, is simply a verbal label. Also, nothing can exist on its own, everything is empty of a permanent, unchanging nature, and the Life is the complete interconnectedness of all life. The Western Barbarian’s beard is the interconnectedness of all things. The essential nature cannot be destroyed, because is nonsubstantial. It cannot be touched with the hands and it cannot be seen with the eyes. But, from the very beginning, form and essential nature are One. The Hannya Shingyo say it clearly: Form is emptiness, the emptiness is form.

The essential nature cannot be grasped by the physical senses, it can only be experienced in kensho or satori – in the enlightenment, as the Zen calls it. So, what you can see with our eyes, is not the essential nature, is just the form, just the beard. The question Why?, asked by Wakuan, is referring to the impossibility that the essential nature could have a beard. He is denying the archetypal image of Bodhidharma. The answer to Wakuan question lies in the realm between looking and seeing, where ‘looking’ is just the use of one’s eyes to see the world visually, but ‘seeing’ is going beyond the eyes in order to examine the world spiritually.

The question Why is a permanent question asked in the koan literature – for example we have the famous ’’Why Bodhidharma come from the West?.” So, in this koan, we are questioned: ”Why Bodhidharma has no beard?”

Wu-men says in the comment: ”Practice must be true practice. Satori must be true Satori.” He suggests that, in order to get the enlightenment, we have to become “intimate” with this (not)bearded barbarian–but saying that ”we are intimate with him” divides ourselves in two.  Mumon is telling that we need to discard the concept of duality.  Because when the Satori is the real Satori, the ”beard” is the same as ”no beard”. Seeing Bodhidharma’s beard means that is visible to the physical eyes, so it cannot be the true Satori. When we see with the true Satori’s eyes, we will see the true nature of the beard, the Bodhidharma’s real face, but if we say we have met him, we have never seen him at all, and if we try to explain the experience, we will immediately fall into dualism. This difference between looking and seeing is a matter of focus, a matter of seeing things for what they are beyond the physical level. So, the question of Wakuan is pointing at the Self-nature of Bodhidharma as opposed to the physical appearance.  To see the Self-nature of Bodhidharma is not possible without being awake in our own Self-nature.  This is the purport of the Koan.  It takes Self-nature to see Self-nature, Enlightenment to see Enlightenment.

So, ”Don’t speak your dream before a fool”, the fool will take the dream for reality, and will come to cherish the beard, because the mind is always running after the objects.

Buddhist cosmology – The Zen Universe
The Buddhists, following the traditions of their Indian
0475