Latin for I, ego seems to be a most confusing word, used by different people in very different senses. These senses range from an idea of the self which belongs to the visible personality in the phenomenal world, to a more esoteric, spiritual concept which is almost diametrically opposed to it.

In Freudian terms, the ego is the rational self, meaning that part of the personality which coincides most closely with the way we see ourselves, but influenced on one hand by the instinctual id, and on the other by the internalized sense of duty, conscience, guilt, etc. preserved as the super-ego. The id, ego and super-ego constitute the whole psyche.

For Jung too, the ego is the conscious self, that part of our psyche which has a continuing sense of personal identity (but is subordinate to the Self, which may be hidden from our awareness and which we gradually learn more and bring to overt expression in the process of individuation). So, the ego is also an expression of the Self.

In the esoteric writings, the word ego is used more in the sense that Jung used the word Self: the ego is the ruler of the psyche, it is the Soul, the link between the body and the Monad.

According to the Upanishad, the ego-body is the fifth of our Bodies (after the physical, ethereal, astral and mental). The man is viewed as having a lower self (impermanent body, personality) and a Higher or Greater Self (real permanent Self, soul, atman, atta). Other traditions place the ego on the mental plane, one level above the astral. Awareness of this ego is the highest level that one can reach in meditation. This is the level to which the Soul eventually rises after the death and prepares for its next incarnation, when the ego will take on a new body and a new personality.

Sometimes confusion arises when the people use the word ego in its more popular psychological sense, signifying the egocentric aspects of the personality, even though they may be discussing esoteric teachings. When ego is use in this more limited sense, sometimes the term ‘Higher-Self’ is used to denote the soul-level ego.

Ego, in the Buddhist sense, is quite different from the Freudian ego. The Buddhist ego, called Anatta,  is a collection of mental events classified into five categories, called skandhas, loosely translated as bundles, or heaps. The ego is something made up by the mind. The birth of ego is called the skandha of consciousness. Ego begins to churn thoughts and emotions around and around. This makes ego feel solid and real. The churning around and around is called samsara — literally, to whirl about. The way ego feels about its situation (skandha of feeling) determines which of the six realms of existence it creates for itself.

It’s the sense of self — a flash of “I” or “me” that we believe in and cling to. It’s the basis of our feeling of self-importance. It’s a story, a myth of self that we keep telling ourselves. This “self” is the center of our universe. No matter what we’re doing, our actions always come from, and reflect back to our sense of self-consciousness.  This ego-self we cling to is the source of most of our problems. Wherever we get hung up in pain and confusion, there we’ll find the ego.

Ego is typically accepted as indicative of a sense of self identity that separates us from the rest. It is the root of greed, bred from not seeing clearly. Not seeing the impermanence and emptiness of five aggregates we classify as a human being: body (including the sense doors), feelings, perceptions (memories), thoughts and consciousness. None of these are stagnant phenomena, nor are they truly ours. Perhaps conventionally and socially, but not in ultimate terms.

If we take “ego” to have a negative connotation, it could refer to either the self-grasping ignorance which is the root of cyclic existence or the self-centered attitude which prevents us from developing impartial love, compassion, and bodhicitta (altruism) for all sentient beings. Self-grasping ignorance is the ignorance that not only is unclear regarding the actual nature of persons and phenomena (that is, that they are empty of independent existence), but also actively misconstrues their nature, conceiving that they exist under their own power, independently, from their own side. Self-grasping ignorance is counteracted by meditation on selflessness (anatta) and must be eliminated in order to attain both the nirvana of an Arhat and the full enlightenment of a Buddha.

The ego needs activity in order to exist. Like and dislike, attachment, aversion, greed and hatred are the main overt activities of the ego. The more desire and aversion we have the more alive we feel, the more real and concrete the ego seems. In reality, the ego depends on desire, its life-blood is desire. The ego and desire are like the two sides of a coin — one cannot exist without the other. The ego is projected desire, and desire is projected ego. It is like pedalling a bicycle: if we go on pedalling, the bicycle goes on moving; but if we stop pedalling the bicycle will start slowing down and eventually collapse. The more we go on generating desire the ego seems very real. When desiring stops the ego then appears as an illusion. 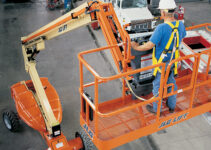