Home
History
History of Buddhism – The Councils – The Zen Universe

The history of Buddhism religion dates back to the year 580 BC, which started with the birth of Buddha Siddhartha Gautama. Born in the Lumbini, Southern Nepal, Siddhartha left his home at a young age of 29 years, in search of enlightenment. After going through a life of self-discipline and meditation, he attained enlightenment. After that, he started teaching people the path to enlightenment, that would liberate them from the cycle of life and death. For forty-five years, he crossed and recrossed India’s central Gangetic plain on foot, conveying his profound doctrine. His enlightenment – as well as the doctrine leading to it – have been passed down through numerous unbroken lineages of teachers, which have spread to many countries. Many of these lineages still flourish.

By the time of his death, at about the age of eighty, the Buddha’s followers were established as communities in northern and central India. There were many lay followers, but the heart of the Dharma community were the monastics, many of whom were Arhats (those who attain Nirvana at the end of this lifetime). Numerous monasteries had already been built in cities as Rajagriha, Shravasti, and Vaishali.

Buddhist doctrine and practice were agreed upon in a series of Councils, sometimes reckoned to be three, or four. In the modern times, another two Councils were added to the list.

When Buddha attained Mahaparinirvana, Sangha used to be organized in communities of monks and lay people. Tradition tells that around 400 B.C., few months after Buddha’s death, during the first rainy season, Mahakashyapa – Buddha’s heir – convoked an assembly of five hundred Arhats, with the aim of developing an agreement on Buddhas teachings. The first council was held in Rajagaha (capital of the Kingdom of Magadha), in the Sattapani Cave. It is said that at this assembly, Ananda, the Buddha’s personal attendant, recited all of the Buddha’s discourses (sutras), Upali – a bhikshu [monk] – recited all the rules and procedures the Buddha had established for the conduct of monastic life, and Mahakashyapa recited the matrika – the lists of terms, organized to provide analytical synopses of the teachings given in the sutras. These three extensive recitations, reviewed and verified by the assembly, became the basis for the Sutra Pitaka (Discourse Basket), the Vinaya Pitaka (Discipline Basket), and Abhidharma Pitaka (Special Teachings Basket). The Tripitaka (all three together) represents the core of the Buddhist scriptures.

The second council took place around 390 B.C., about a century after the Mahaparinirvana of Buddha Shakyamuni. The aim of the council, held at Vesali (Vaishali), was to settle a conflict over the nature of the Arahant (or Buddhist saint) and monastic discipline, a conflict which had arisen between Mahasanghika majority (Great Assembly) of eastern India and Sthavira minority (the Elders) of the western side. The dispute was on 10 Points (such as storing salt in horn, eating after midday, eating once and going to villages for alms, eating sour milk after one’s meal etc). The council’s intention was to agree on the content of the Buddhist Canon and on the monastic discipline, the Vinaya. In that meeting, an effort was made to relax the monastic discipline and to bring about some changes in the monastic life. Some reforms and changes were also introduced in the old scriptures. No agreement was settled, and Buddhism sects appeared for the first time. The Buddhist subgroups were Sthaviravada, Mahasanghika and Sarvastivada. Sthaviravada followed the teachings of the elders, and Mahasanghika became extinct. Sthaviravada continued to exist till the third Buddhist Council.

Sometimes this is considered the First Council, or is confused with the previous one.

The third council was held in Pataliputra, during the reign of Emperor Asoka, around 250 B.C. It was presided over by Tissa Moggaliputta, the most renowned Buddhist of his times. In this Council, some of the internal differences of the monks were patched up and several reforms were introduced in the monastic life with the chief aim of bringing purity in it. Actually, the reason for the council was the massive deterioration in the standards of the monks. The consequence of the council was the exclusion of numerous monks from the Sangha.

The content of the Pâli Tripitaka, “Three Baskets,” is supposed to have been settled at this Council. The teachings of Buddha – which were collected in two “baskets” – were now classified in 3 “baskets” – Abhidhamma Pitaka was established during the time of this council, and from now on, they will be known as “Tripitaka”. This third Council also tried to settle all the disputes of Vinaya Pitaka.

One of the most significant achievements of this Buddhist assembly, and one which was to bear fruit for centuries to come, was the Emperor’s sending forth of monks well versed in the Buddha’s Dhamma and Vinaya, who could recite all of it by heart, to teach it in nine different countries. The Dhamma missions of these monks succeeded, and bore great fruits in the course of time and went a long way, influencing their civilizations and cultures.

The fourth council was held at Jalandhara (or Purushpura, Peshawar, Kanishka’s capital), at the time of Emperor Kanishka I, first century A.D. It was presided over by Vasumitra and Asvaghosa. This is not attested in Pali sources, and this is the reason why, in general, only three Councils are taken in consideration. The main reason for its convening was the realization that it was not possible for the majority of monks to retain the entire Tipitaka in their memories (as had been the custom). It was in this council that decision was taken to write the Buddha’s teachings for the first time. As the art of writing had, by this time, developed substantially, it was thought expedient and necessary to have the entire body of the Buddha’s teaching written down. King Vattagamani supported the idea, and a council was held specifically to put the Tipitaka in its entirety in writing. Therefore, so that the genuine Dhamma might be lastingly preserved, the Venerable Maharakkhita and five hundred monks recited the words of the Buddha and then wrote them down on palm leaves. This took place in a cave called the Aloka lena, situated near what is now Matale. The aim of the Council was achieved, and the preservation in writing of the authentic Dhamma was ensured.

The entire writing was collected in three baskets and given the name of Tipitaka or the Pali Canon. The Council is supposed to have supervised the translation of the Tripitaka into Sanskrit. The Canon apparently had not only existed in Pali, but in other Prakrits, which were all consulted for a standard Sanskrit version. In this Council also every effort was made to patch up the differences, but this time they were too wide to be patched up and hence Buddhism was divided into two sects—the Hinayana and the Mahayana.

Fifth Buddhist Council took place in 1871 under the patronage of King Mindon in Mandalay, Burma – now known as Myanmar. It was presided by Jagarabhivamsa, Narindabhidhaja, and Sumangalasami, in the company of two thousand four hundred monks. The idea was to recite all the teachings of the Buddha, and examine them systematically if any of them was missed or altered. Their joint Dhamma recitation lasted for five months. It was also the work of this council to cause the entire Tipitaka to be inscribed for posterity on seven hundred and twenty-nine marble slabs.

The Sixth Buddhist Council was held in 1954, in Burma at Kaba Aye – Yangoon, under the patronage of Burmese Government led by Prime Minister U Nu. He authorized the construction of the Maha Passana Guha, ‘the great cave’, an artificial cave very like India’s Sattapanni Cave where the first Buddhist Council had been held. Upon its completion, the Council met on the 17th of May 1954. As in the case of the preceding councils, the aim was to affirm and preserve the genuine Dhamma and Vinaya Pitaka. It was held under the presidency of Mahasi Sayadaw and Bhadanta Vicittasarabhivamsa. 500 buddhist scholars from 8 countries participated in this council. 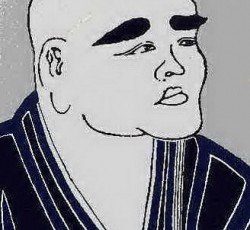