A hyperbaric chamber is, literally, a pressurized space with an extraordinarily high or occasionally even full capacity oxygen content. This concentration is mainly caused by the fact that the body can heal wounds and diseases more quickly when there is an abundance of oxygen present. Practically speaking, the cells take in more oxygen, which speeds up material synthesis. It is commonly used by health professionals for therapies and by professional athletes to speed up recovery.

Oxygen In The Human Body

Oxygen is essential for organic tissues to function because it acts as a necessary element in the synthesis of proteins in cells. Oxygen is absorbed by the alveoli in the lungs and is meant to combine with hemoglobin in the blood. Hemoglobin, together with oxygen, forms oxyhemoglobin. This substance reaches the muscles, where oxygen is absorbed by the cells, and carbon dioxide is combined with hemoglobin to create carbaminohemoglobin. This substance is sent back to the lungs to give out carbon dioxide when humans breathe out.

By raising the oxygen levels in the atmosphere of the body, more oxygen can be supplied to the muscles and cells. It is quite beneficial, especially when tissues are trying to repair themselves at an accelerated pace. The lungs must be in good condition for the heart to pump oxygen-rich blood. When the lungs take in both the oxygen and hemoglobin molecules from the blood, oxyhemoglobin is produced. This is how oxygen travels from the lungs to the heart through the blood. A high hemoglobin level is essential for individuals.

The question often lies around the fact that if hyperbaric therapy is so good, why is it not used as often? The primary reason is that it is difficult for individuals to bear the monumental cost of treatment that uses such advanced chambers. Secondly, it is not preferred that one spends too much time breathing in 100 percent pure oxygen. It causes a condition called oxygen poisoning in the body, which is highly harmful.

First of all, and importantly, one must understand that the heart plays a crucial role in oxygenating and pumping blood to all of the body’s muscles. Researchers popularly believed that without oxygen, lactic acid accumulates up in the muscles, slowing down the rate of effectiveness and causing muscles to tire out much more quickly.

The Ideal Duration For The Use Of a Hyperbaric Chamber

As compression gears operate, the hyperbaric chamber really has a far more significant amount of pressure. They essentially result in a better healing of tissue injury since they enhance the blood flow to the muscles. As discussed earlier, for a healthy human body, the ideal duration of hyperbaric oxygen therapy available on http://oxyhelp.com can be prescribed between a few minutes up to two hours.

People that have been diagnosed with carbon monoxide poisoning must receive a more extended treatment. Carbon monoxide is produced when carbon compounds burn in the absence of sufficient oxygen. It is extremely harmful if it is breathed in by the body as it is difficult to break down carboxyhemoglobin.

Carboxyhemoglobin is a byproduct of carbon monoxide and hemoglobin. This type of poisoning usually occurs in the victims that have been in a fire where there has been very little oxygen. Without enough oxygen, the critical organs might begin to fail. To prevent it, hyperbaric oxygen chambers are put to use. By increasing the oxygen level in the hyperbaric section, such patients can revert to their original oxygen concentration level in the body.

Patients Of Transplant And Surgeries

Some other patients that have low levels of hemoglobin, as in the case of anemic patients, or those recovering from transplants, may be prescribed long durations of hyperbaric treatment. It is a revelation and one of the most widely practiced therapies as a result. Even without the use of chambers, an oxygen-rich atmosphere may be preserved by utilizing specific oxygen injecting equipment in a confined space.

When hyperbaric treatment is administered to athletes and specific performers, their ability to concentrate and focus significantly improves. When the cells have enough oxygen when the body is asleep, protein synthesis occurs far more effectively in the cells. In their twenties, a person is most likely to be at the peak of their physical development. It occurs because the body has had years of preparation and tends to have its most exceptional stamina at that time.

The enhancement of brain functionality is a further goal of hyperbaric treatment. The brain functions more clearly when it gets enough oxygen. The performance of the person undergoing therapy naturally increases exponentially as their cognitive function does. In the case of patients with Alzheimer’s disease or other memory oriented syndromes, hyperbaric treatment can be used in small proportions but for an extended period of time. Usually, patients can be given a few minutes of the therapy for over a year to ease out the effect of their syndromes.

Athletes utilize oxygen chambers or hyperbaric chambers on a regular basis, and they have grown popular on a global scale. The frequency of usage has increased, especially in light of the advantages of professionals’ speedy recuperation who put in a lot of physical exertion.

The only way to know how long one can really spend in a hyperbaric chamber with an absolute oxygen concentration of a hundred percent is to follow the direction of a registered practitioner. The side effects like headaches and nausea should also be considered before actually getting into the motion. All other factors, like pre existing conditions, should also be discussed with a medical professional before the therapy is introduced. 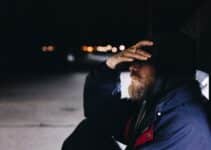 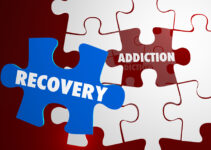