Security threats are everywhere. At home, we worry about things like burglary and home invasion. Businesses constantly fight against physical and intellectual property theft. In the data management world, hacking and identity theft are the big concerns. In every instance, there are two strategies for managing security threats: staying one step ahead or waiting until something happens to respond.

Common sense would dictate that staying a step ahead is the best strategy. And yet, it is not uncommon for unforeseen threats to manifest themselves after the fact. As hard as we try, we cannot foresee every potential threat. So while we may try to stay one step ahead whenever possible, there are times when responding is the only option.

Your typical home security system includes one or two window sensors. The point is to mount them on those first-floor windows most likely to be breached. Window sensors are simple but effective. They alert to an open window almost instantly.

A window sensor is a two-piece device that relies on contact between windowpane and frame. As long as that contact exists, the alarm system registers no fault. Breaking contact changes the game. It registers a fault which then triggers an alarm.

Now, here’s a question: can a burglar breach a window only by opening it? No. He can also break the glass. If you are relying exclusively on window sensors to prevent unauthorized entry through a window, you may be out of luck. A skilled burglar who knows how to recognize window sensors could still get in without tripping the alarm. All he has to do is break the glass.

Staying Ahead or Responding

Vivint is a nationwide home security provider that has solved the window sensor problem. Not only do they encourage consumers to install window sensors, but they also recommend broken glass sensors about which you can read more here. A broken glass sensor is a separate device that alerts to a different kind of breach. Install both and you make your windows much more difficult to breach.

It would be curious to know why the broken glass sensor was developed. Given that standard window sensors have been around for decades, it is a safe bet that its design was the result of burgers making entry by breaking windows.

Criminal Do Not Stop

Walking that fine line between staying a step ahead and responding to problems is made more tenuous by the simple fact that criminals do not stop. Find a way to thwart criminal activity and they will just look for another way to do what they do. That is why the fight against crime is never-ending.

We see something similar in the cyber security sphere. It used to be that scammers could rake in millions by posing as wealthy African businessmen looking to give away their fortunes before they died. The scam worked for years. It still works to some degree, but not enough to make it lucrative. So scammers moved on to phishing attacks.

It also used to be that thieves could steal credit cards by intercepting mail while in transit. Then credit card companies introduced the idea of card activation. So what did the criminal do? They figured out a way to install card skimmers on gas pumps and ATMs. Now they can steal credit card information without having to physically touch the card.

Diligence and Creativity Are the Secret

Winning at the security game really isn’t a matter of always staying one step ahead. And of course, waiting until something happens to respond is no way to win either. The secret is being diligent and creative. Combine those two things and you can win more often than lose.

Where diligence is concerned, you can never let down your guard. You always have to assume that people will take advantage of you at every opportunity. That may be a cynical way to go through life, but far better to be cynical than a victim.

Assume that leaving the garage door open greatly increases your chances of being robbed. Such a mindset is likely to motivate you to keep the door closed. Likewise, assume that thieves are actively installing credit card scanners in your town. That should motivate you to check the gas pump before you insert your card.

Where creativity is concerned, use your imagination. Are you concerned about burglars peering into your home through the big picture window out front? If so, try planting some sort of prickly, thorny bushes in front of the windows. Any burglar stupid enough to try to work through those bushes in order to get a closer view deserves what he gets.

Look Forward and Back

It is possible to anticipate a whole lot of potential security breaches simply by looking at the past. Do some research into how criminals have succeeded in years gone by. Learn how criminals think, how they act, and how they respond to security measures. You might be surprised at how many strategies you can come up with by learning the lessons of the past.

At the same time, look forward as well. Put yourself in a criminal’s shoes and try to think of ways your security might be breached. Maybe a little forethought would have led to the broken glass sensor years ago. Who knows? Though it is not possible to foresee every possible security breach, there are times you can stay one step ahead by looking forward. 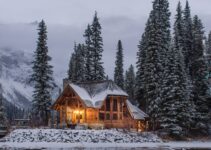