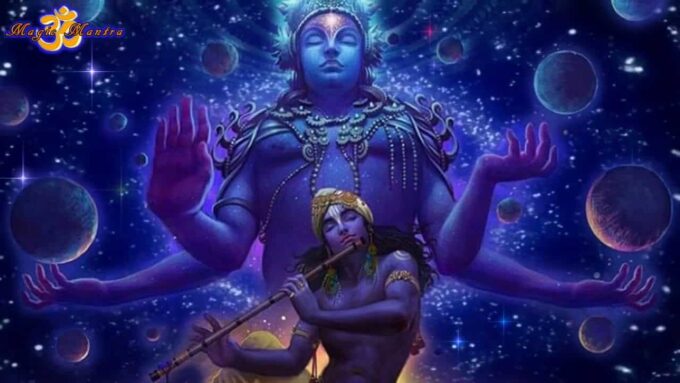 For thousands of years, mystics, meditators, and yogis have used mantras for mental and spiritual transformation. A mantra is a sequence of words, syllables, phrases, or sounds, that are chanted, usually repetitively, as part of one’s practice. The mantras can be recited, sung or repeated silently in the mind. They can be used as a technique for regulating the mind.

The function of a mantra is understood differently by the several schools of Buddhism, but at its most basic level, the chanting of a mantra is thought to evoke enlightenment. Sometimes mantras are used as a form of meditation. Mantra is a mind projection created in either a spoken or mental manner.

Mantras could represent a key. If we use them in a certain way, they become the key to open up a different dimension of life and experience within ourselves. So, a mantra is not something that we just utter, it is something that we strive to become, because unless we become the key, existence will not open up for us. Becoming the mantra means that we are becoming the key. Only if we are the key we can open the lock.

There are different types of mantras. Every mantra activates a particular kind of energy in a different part of the body. Without that necessary awareness, just repeating the sound only brings dullness to the mind. Any repetition of the sound always makes our mind dull. But when it is done with proper awareness, with the exact understanding of what it is, and with a perfect sound, a mantra could be a very powerful means.

Mantras always come from a Sanskrit basis, and the basic aspects of Sanskrit language are sound sensitive. Like this, different people who speak different languages, according to what language they have been used to, tend to distort various mantras – unless real training is imparted. When Sanskrit is taught, it has to be learnt by rote. The sound is important, not the meaning.

Sanskrit is one language where form and sound are connected. When we utter a sound, a form is being created. There is a whole science of using sounds in a particular way so that it creates the right kind of form. We can create powerful forms by uttering sounds in certain arrangements. This is known as the Nada Yoga, the yoga of sound. If we have mastery over the sound, we also have mastery over the form that is attached to it. When we realize what sound is attached to a particular form, we give this sound as the name for that form. In that moment, the sound and the form are connected. If we utter the sound, we are relating to the form – not just psychologically, but existentially, we are connecting with the form. What is in form, we converted into sound. That is the reason why the sound is important. This is the reason why all the spiritual traditions put great emphasis on the correct pronunciation of mantras.

Silently repeating a mantra as we meditate is a powerful way to enter the silence of the mind. As we repeat the mantra, it creates a mental vibration that allows the mind to experience deeper levels of awareness. As we meditate, the mantra becomes increasingly abstract and indistinct, until we’re finally led into the field of pure consciousness from which the vibration arose.

Repetition of the mantra helps us disconnect from the thoughts filling our mind so that perhaps we may slip into the gap between thoughts. The mantra is a tool to support our meditation practice. Mantras can be viewed as ancient power words with subtle intentions that help us connect to spirit, the source of everything in the universe. As we experience deeper meditative states, all thoughts and worries drop away and we experience the quiet that always exists beneath the noisy internal dialogue of the mind. In this stillness we may feel oneness with all life and profound peace.

Each mantra induces specific vibrations in the mind, which is why people use different mantras depending upon their intentions. However, mantras don’t have particular meanings―they are simply vibrations of consciousness.

„According to the Vedic tradition, the ancient sages were able to hear the subtle vibrations produced by everything in nature―the sounds of the wind, thunder, butterflies, rushing rivers and all other creations. They recognized that these sounds are the manifestation of spirit into matter. They identified “Om” (or AUM) as the most elemental sound, representing the infinite universal consciousness. For thousands of years, people have used this mantra to expand their awareness of the divine. The ancient seers also identified all the primordial vibrations or mantras that make up the universe and these were eventually recorded in the Vedic literature―the four texts that form the basis for the Hindu religion. We can actually hear all the mantras ourselves if we sit quietly. We’ll notice a background hum in the air, and as we practice focusing on that hum, we’ll ultimately hear every mantra the sages recorded long ago.” (Role of Mantras in Mental Health – Dr. Balaji Deekshitulu P.V)