The 2022/22 Premier League season is now five games old and there looks to be a consensus feeling that this could prove to be one of the closest and most exciting title races we’ve seen in modern times.

It’s been something of a rarity to see more than two teams really gunning for the Premier League title in the latter stages of the campaign in recent years, but early signs suggest that could be about to change.

Five games in we have three teams locked on 13 points at the top of the table in Chelsea, Liverpool and Manchester United, while reigning champions Manchester City are just behind them on 10 points.

City are the only one of the four teams to have lost a game at this stage of the season, that coming away to Tottenham Hotspur in a game charged with emotion and needle following the Harry Kane transfer saga over the summer. One defeat from 20 for the top four sides highlights their overall strength in what looks to be an elite level Premier League with quality teams and players throughout the division.

The Premier League looks to be in an incredibly healthy state at this moment in time with a high calibre product being broadcast each week. If this season, and in particular the title race, can match the potential it has shown in the early stages we should be in for an exhilarating ride.

If you are interested in betting on the new Premier League season then you should head over to Max Free Bets first. They will provide you with a huge selection of new customer free bets, existing customer offers and competitions across their site. You will always get the best value when using Max Free Bets’ services before wagering online.

Here, we will be dissecting the four main contenders in the Premier League and their credentials for the title.

All Eyes on Chelsea

Many have touted Thomas Tuchel’s Chelsea as the early favourites five games into the season after an extremely impressive start. Chelsea have been excellent during their first five matches, taking 13 points from a possible 15 and it is their depth in particular that has many talking them up this term.

The Blues have two quality options for every position and have established a regimented suitability to a 3-4-3 system that the players have really bought into. While Romelu Lukaku has been stealing most of the headlines with his goals it is really Chelsea’s resilience that has them as the team to watch at this moment in time. They remain the only team in the Premier League to have not conceded a goal from open play this season, with the one goal against them being a Mohamed Salah penalty at Anfield.

It was during that 1-1 draw where that resilience really came to the fore as they battled admirably to hold on to a hard-fought point despite playing the whole second half with 10 men following Reece James’ dismissal. Equally, that result was the only time Liverpool have failed to pick up three points from a Premier League fixture this season.

Jurgen Klopp’s side look refreshed and rejuvenated after a gruelling campaign last time out that saw them finish third despite losing a number of key players to injury. One of those players, Virgil van Dijk, looks as good as ever and his presence alone lifts Liverpool into the stratosphere of being serious title contenders.

As well as van Dijk, Mohamed Salah looks at the peak of his powers and his goal at the weekend elevated him into the top 10 of the list of Liverpool’s all-time goalscorers. He has five goals in six appearances in all competitions already and looks determined to get his hands back on the Golden Boot.

While Liverpool don’t have the overall squad depth that some of their contenders boast, they do still have one of the strongest starting XIs in the Premier League and arguably the best manager in Jurgen Klopp. If they can avoid last season’s injury nightmare, they should be right in the mix come the end of the season.

East of Anfield along the M62 are the other two top contenders for the Premier League title in Manchester. Starting with United, their fans will be pleased with the way they have started the season and there will have been an ominous feeling circulating from their rivals after their dramatic late win over West Ham last time out. It looked to be the result, if not necessarily performance, of champions.

Having Cristiano Ronaldo in their ranks has dramatically increased the level of expectation at Old Trafford this season and he has certainly hit the ground running with four goals from three games. He has arrived with Jadon Sancho and Raphael Varane to give them one of the most star-studded teams in European football. It certainly leaves Ole Gunnar Solskjaer with little room for error or excuses if they are unable to seriously challenge for, if not win, the title this season.

As for the champions Manchester City, they are currently fifth in the Premier League table and slightly off the pace having lost to Tottenham on the opening day of the season. City have won the Premier League in three of the last four seasons and they have finished outside of the top two just once in the last 10 campaigns.

That would certainly suggest that they will be there or thereabouts come May and Pep Guardiola still boasts a mightily expensive squad packed with international players. They also have the British record signing in Jack Grealish, who will only get better and improve the team further as the season goes on. City may not be the flavour of the month at this moment in time but they are the bookies’ current favourites to win the Premier League this season. 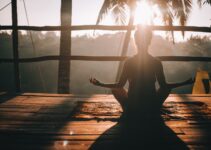 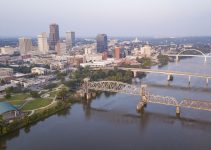