Home
Tips
6 Signs Your Satellite Dish Needs To Be Replaced

Don’t you just love TV? Of course, you do – we all do. There’s nothing better than coming from work, turning on the TV, grabbing a cold one and spending a few hours in your favourite chair watching some quality television.

The best thing about this is that almost nothing can ruin this simple yet so magical moment. Well, nothing other than the satellite dish you have installed on your roof, right? Don’t you just hate it when you’re enjoying yourself in front of the TV and then everything just stops working in a matter of seconds.

Now, since none of us no longer use TVs that can be fixed with a not-so-gentle tap on the back, it is time to actually consider solving the problem the right way, and as we all already know – it’s not the TV that’s causing you issues.

So, how do you know your satellite dish needs to be replaced? Well, sometimes it’s obvious, and sometimes it’s not, but these signs should you point you in the right direction.

1. Everything Else Seems To Be Working Just Fine

Okay, the first step towards diagnosing a problem is eliminating all the other possible ones. In this case, you need to take a good look at your receiver, your TV and the cabling. First, make sure everything’s connected properly.

Now, if problems just started occurring out of nowhere, you might not have to do this because who would’ve touched the cabling in the back of the TV, right? Well, for all you know, your kids could’ve played around and pulled something, and to avoid getting into trouble, they could’ve just plugged it back in wherever.

Also, if you tend to fall asleep with the remote in your hand, you’ll want to check if the source is right. You could’ve just pressed the wrong button when you were napping.

Finally, check the cabling for any signs of damage like tears or bends that could be blocking the signal. If all of this checks out – there’s nothing left to do but to replace the old satellite dish with a new one.

Picture coming home at the last minute – just before the game is about to start. You grab the remote, turn on the TV, and instead of watching Mo Salah walk out on the field, you’re greeted with a message that reads something along the lines of “searching for signal”. At that point, it should be pretty obvious that there’s something going on and that some of your satellite dish equipment isn’t doing what it’s supposed to do.

Once again, we would suggest that you check all the cabling and so on, just to make sure you absolutely have to call tv-aerials-uk to come and replace your old dish with a new one. Otherwise, you might just be spending money on a new dish when the problem is lying somewhere else.

Another pretty obvious sign that there is something wrong with your satellite dish is the complete loss of image and sound out of nowhere. We all know all those instances where you just lose the signal due to horrible weather, but the thing is – stuff like that happens. On the other hand, if you experience the signal loss in the clear, birds-are-chirping-and-the-sun-is-shining weather – there’s something going on.

A complete loss of signal should never happen in those kinds of instances. As a matter of fact, a complete loss would absolutely never happen in those kinds of instances if everything was working properly. So, if you experience a problem such as this one – it might be time to pick up the phone and call up the boys to replace the old dish with a brand new, shiny one.

Sometimes, the satellite broadcast will just start acting out. The image will freeze and unfreeze, the channels will overlap and fuse into one, the image quality will be horrendous, the sounds will be either off, or coming from another channel, so on and so forth. All of these problems could be directly tied to the partial signal loss, either due to obstruction or simply bad reception.

As we’ve said earlier, all of these problems could be caused by a broken receiver or faulty cabling, so you should check them first, but honestly, it’s almost never the receiver or cabling. The truth of the matter is, nine out of ten times, these problems occur because there’s something wrong with your satellite dish. Truth be told, this whole problem could easily be solved with a simple realignment of the dish, although we wouldn’t really count on that to be the problem. Most of the time – you’re just in for a new dish.

If you experience only a partial loss of signal, meaning some of the channels are still there, while the other ones have simply disappeared – that could indicate a problem with your satellite dish. Sometimes, the channels come back, and then they disappear again, or some of them come back, but some of the other ones turn black. Or, what happens most of the time, you gradually lose channels, one by one, until you’re left with nothing but a black screen.

Now, there’s a silver lining to this problem. Namely, this could all just be due to a faulty LNB – the low-noise block downconverter, or the “receiving thing” on the end of the boom that’s attached to your dish. The good thing is – you can just replace this part and leave the dish intact.

Would a broken dish even constitute as a sign to replace one? Maybe it would, and maybe it wouldn’t – it doesn’t really matter. If something happens and your satellite dish ends up damaged or broken – it is time for a new one. There really isn’t anything anyone would be able to do to repair the broken dish, so if this happens, just accept the fact that you’ll have to buy a new one if you want to watch TV again.

There you have it. Those were some of the most common signs that you need to replace your old satellite dish with a new one. We sincerely hope you never get to experience any of these, but if you do – you’ll know what to do. 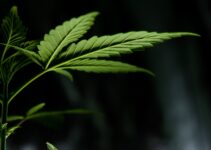 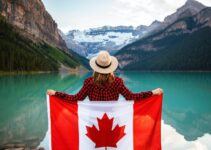 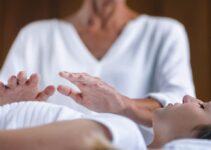