Numbers are everywhere. They have been around since the time of the first civilizations. One of the first things kids are taught even before they go to school is numbers. Life can’t be imagined without them. It is no wonder things are like this considering all the fascinating things that are tied to numbers. One of the first things most of us do in the morning is take a look at our watches or smartphones to see what time it is which is told to us by a set of numbers.

Not a day can pass in everyday life without having to deal with certain numbers. Tell us, you probably feel like some numbers hold a special place in your life, even if you don’t have any particular reason to feel like that. For most people situations like this arise almost every day. Sometimes you tie certain numbers to certain events and have them always together in the back end of your brain. If things are like this, you ought to learn about numerology. By now you probably encountered it here or there, but without paying too much attention. This article intends to show you just how fun numerology can be. Keep reading and find out more through these five fascinating things you didn’t know about numerology.

Now, this is a bit farfetched, but hear us out. People believe various things about numerology, and this hasn’t changed in ages. The first dealings with this method occurred in Ancient Greece. Numbers were important to people in Greece, and to better grasp their meaning some of the most established people of their time worked in this department. What you need to know is that this belief was widespread across the globe even in the time before the internet as people in the Far East in Japan and China dealt with numbers. With time this branch of science changed but one thing remained the same – numbers remain tied to our future. Of course, there’s no certain method of seeing into the future, but with numbers, you can learn a thing or two about your present and somewhat try to look into the future.

Every number has a meaning of its own. What everyone needs to discover is what a single number means for them. We should probably tell you that each number has a specific meaning to every individual and is tied differently to their personality. This probably doesn’t have too much logic to it, but that’s how things stand. If you look more into numbers or approach someone who knows their way around these things you can take a step forward towards finding zen, which can be a great guideline in your life. The numbers are not simple, and if you dig deep into them, you’ll find different meanings behind them, which can help you take a deeper look into your soul. If you are already interested in this field, be free to visit World Numerology, to get a better grasp on what we’re trying to explain.

3. It’s Based on Mathematics

It’s not an exact science per se, as you can already tell. But, it is in a close relationship with math. It is based on various calculations that when used the right way should lead an individual to a discovery about themselves. Most people find it as a better one when they choose between numerology and astrology. The latter one is primarily based on observation, which is on the opposite side of the calculus used with numbers. While dealing with numerology might be fun and games, you need to remember what we said. It is not an exact science. So, the same way numbers are perceived as infinite, the same can be said about numerology. While it can get you close to certain things in your life, it might be hard to pinpoint the exact result you desire.

We all have them, or at least we wish we did. If you haven’t had them so far you’d probably love to know if they’re waiting around the corner. If you already had your share of lucky days you probably want to know when’s your turn again. Either way, no matter how you look at it, everyone wants to have them and know when they’re coming to town. Lucky days are vital for our well-being, at least spiritually. If you believe that luck is waiting around the corner the chances are it probably is. People want to know when are their lucky days to plan for them. Some people want to get married on that day, others will pay a visit to a gambling house. It doesn’t matter what is your motivation. The best thing about them is that numerology can be used to determine when your lucky days are coming to you. Even if you’re not a believer in this type of thing, there’s no harm in having your lucky day marked in the calendar.

By now, you probably know that not all numbers are equal. Not only that, there are those who are deemed as master numbers. These are 11,22 and 33. Not the one you expected? Probably not. There are many people all over the world who have these numbers in their names, or dates of birth, and even personalities. These individuals are deemed as people with special qualities. What these qualities do for them is that they set them apart from the rest of us mere mortals. Now that you know that such people exist and that the power was given to them via numbers, you can try and discover the numbers that are tied to yourself. If you have a master number in your life you could be destined for great things without even knowing it. This is why it’s essential to dwell a bit into numerology even if you are not too big of a fan. Once you know certain things your outlook might change. Numbers on your side might give you an edge and knowing that you have them there might make all the difference you might need. Don’t close your eyes in front of the power of numerology. 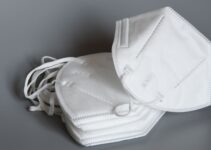