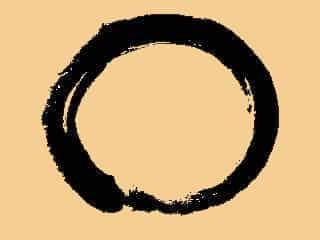 Historically, sūnyatā as a term in Buddhist thought appears as early as the Nikayas, that is, in the literature appearing from around the second century after the death of the Buddha. There it is used to refer to the impermanent quality of phenomena and the lack of a self (anatman). Later, with the development of the Prajnaparamita Sutras (The Perfection of Wisdom Discourses) from around 100 B.C.E., this idea of the nonsubstantive or “empty” character of self and phenomena came to be extended to include everything, including the dharmas, the causal factors of existence that the earlier Abhidharma school had viewed as substantive.

”The greatest systematizer of these teachings on “emptiness” was the monk and scholar Nagarjuna, who lived sometime between 150 and 250 C.E. Nagarjuna organized many of the teachings on emptiness contained within the earlier Prajnaparamitas and wrote what he called the Mulamadhyamakakarikas (“Fundamentals of the Middle Way”), a key text in the wider body of literature called Madhyamikas, texts written by Nagarjuna and his followers in the Madhyamika school. In the Mulamadhyamakakarikas Nagarjuna used a critical dialectic or argument of reductio ad absurdum (prasanga) to show how all viewpoints or concepts presumed to describe reality are really “empty” of any self-sustaining substance and thus do not exist. Nagarjuna’s ideas seem to be the result of his reaction to two previous streams of thought: a rejection of the Buddhist Abhidharma texts and their substantialist views of the dharmas, and acceptance of the concern of the Prajnapamitas with the practice of spiritual realization through “realizing emptiness.” The main achievement of Nagarjuna was not simply his insistence upon the importance of “emptiness” but also his identification of emptiness with dependent co-origination (pratitya samutpada), which he considered the basic teaching of the Buddha.” (Gregory K. Ornatowski – Journal of Ecumenical Studies)

Śūnyatā is a key theme of the Heart Sutra (one of the Mahayana Perfection of Wisdom Sutras), which is commonly chanted by Mahayana Buddhists worldwide. The Heart Sutra declares that the skandhas, which constitute our mental and physical existence, are empty in their nature or essence (i.e., empty of any such nature or essence). It also declares that this emptiness is the same as form (which connotes fullness)—i.e., that this is an emptiness which is at the same time not different from the kind of reality which we normally ascribe to events; it is not a nihilistic emptiness that undermines our world, but a “positive” emptiness which defines it.

Emptiness teaches the lack of substantiality or independence of things, and stresses the idea of no independent origination, that the present state of all things is the result of a previous state.   Emptiness includes the teaching of impermanence; everything is always in a state of change.   In other words, everything, including every sentient being, is an ever-changing process.

It is said that beginner practitioners (“Hinayana”) only understand core-less-ness of beings (anatta), but still assume various stuff to be objectively/ontologically existing. This results in them erroneously reifying such concepts as the five skandhas, 12 nidanas, 4 noble truths, nirvana, and enlightenment. Advanced practitioners (“Mahayana”) clearly understand that all knowable phenomena without exception are contextually defined composites.

External emptiness (“form is emptiness”) means that the apparent objects of the so-called physical world are not real entities. There are no real boundaries between objects, and as the time goes and the elements mix and recombine, there are no identities carried over from moment to moment. All objects are imputations of the mind. If we start with any form (a generic object of thought) and engage into analytical decomposition we will never find any stable reference point; everything is defined against of, and in terms of, something else. In other words, phenomenal reality is an illusion.

Internal emptiness (“emptiness is form”) means that through the power of dependent-coarising, phenomenal reality spontaneously exists. In other words, the illusions are manifestations of the ultimate reality; our mind with its interpretations is a result of beginningless process. Our mind with all its experiences and emotions is but an interplay of forms. So not only all forms are empty imputations of the mind, the mind itself is empty interplay of forms.

Absolute emptiness is the Liberating Realization, what Gotama Buddha called “the final knowledge”.

Another way to explain the same progression is the Four Emptinesses of Completion Stage Meditation:

“Whatever can be conceptualized is, therefore, relative, and whatever is relative is Sunya, empty. Since absolute inconceivable truth is also Sunya, Sunyata or the void is shared by both Samsara and Nirvana. Ultimately, Nirvana truly realized is Samsara properly understood.” Nagarjuna