The expression Middle Way was used by the Buddha in his first discourse, the Dhammacakkappavattana Sutta – the first teaching that the Buddha delivered after his awakening when he was addressing to the five ascetics with whom he had previously practiced severe austerities. In this sutta, the Buddha describes the middle way as a path of moderation.

The Buddha realized that the path to awakening is not found in practicing extreme austerities. He realized that there is no separation between the body and mind. The other extreme to be avoided is indulgence in sensual pleasures.

The phrase Middle Way is also used to refer to the Buddha’s teaching of dependent origination as a view between the extremes of eternalism and annihilationism.

In Mahayana Buddhism, the Middle Way refers to the insight into sunyata “emptiness” that transcends the extremes of existence and non-existence, the Two Truths doctrine. The Madhyamaka (“Middle Way”) school posits a “middle way” position between metaphysical claims that things ultimately either exist or do not exist.

In the Hinayana teachings, The Middle Way is the rejection of the two extremes of self-indulgence and self-mortification. The Medium-Length Agama Sutra, one of the four Chinese Agama sutras, terms this path as “the Middle Way”. The Way is exemplified by the doctrine of the eightfold path.

In Chan Buddhism, the Middle Way describes the realization of being free of the one-sidedness of perspective that takes the extremes of any polarity as objective reality.

“Neither birth nor extinction, neither cessation nor permanence, neither uniformity nor diversity, neither coming nor going….”

This passage is termed the eight negations, or the middle path of the eight negations, and is intended to clarify the concept of the Middle Way. Nagarjuna claimed that his radical doctrine of emptiness (sunyata) was the authentic interpretation of the Buddha’s teachings on causation – or Dependent Origination (pratitya-samutpada) – because it steered a middle course through dialectically opposed positions.

The ‘middle way’ or ‘middle path’ a term which resonates at many levels in Buddhism. In the first place, it stands as a synonym for the totality of Buddhist doctrine and practice. Second, it emphasizes the nature of Buddhist practice as a spiritual path that lays emphasis on moderation and endeavors always to steer a middle course in the face of conflicting extremes. Third, it is used to validate Buddhist doctrines on the assumption that the truth always lies between extremes. The teaching of no-self (anatman), for example, is said to be the middle way between belief in a permanent soul (atman) that is eternal (the so-called doctrine of ‘eternalism’ or sasvata-vada), and the view that the individual is completely annihilated at death (the doctrine of annihilationism or uccheda-vada).

The Middle Way is a term with rich connotations. In a sense, the Middle Way refers to the correct view of life that the Buddha teaches, and to the actions or attitudes that will create happiness for oneself and others. Buddhism itself is sometimes referred to as “the Middle Way,” indicating a transcendence and reconciliation of the extremes of opposing views.

Two aspects of the Buddha’s teachings, the philosophical and the practical, which are mutually dependent, are described in two discourses, the Kaccayanagotta-sutta, and the Dhammacakkappavattana-sutta. The Kaccayanagotta-sutta deals with the philosophical “middle path”, placed against the two absolutistic theories in Indian philosophy, namely, permanent existence (atthitaa) – stated in the early Upanishads, and nihilistic non-existence (natthita) – suggested by the Materialists. The Dhammacakkappavattana-sutta – Setting in Motion of the Dharmachakra Sutra or Promulgation of the Law Sutra – introduces the Buddhist concepts of the Middle Way (along with its practical Eightfold Path), impermanence, and pratityasamutpada (dependent origination).

The Middle Way is the way (or path) that transcends polar extremes. The Middle Way also indicates the true nature of all things, which cannot be defined by the absolutes of existence or nonexistence. It transcends the extremes of polar and opposing views, in other words, all duality. 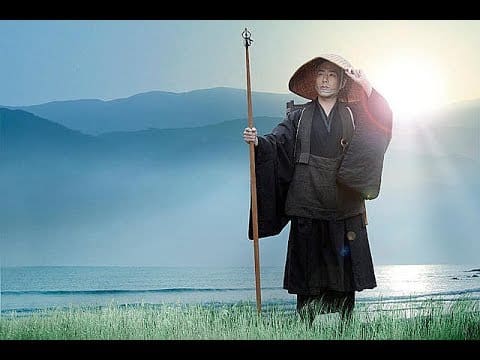