Empty Fun or Chuck the Monk – The Zen Universe 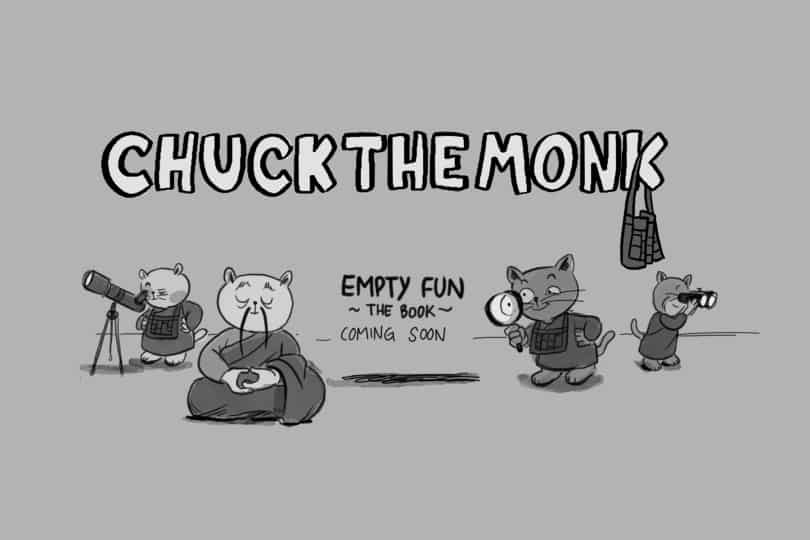 For many people Zen could be anything but fun. However, that’s not the case for Carlos Valencia and Diego Otero who created Chuck the Monk.

This is a comic strip about a cat who is both a brain scientist and a zen monk, so most of the strips portrait, with a bit irony and satire, a dialectic humor that tries to stir those important questions we are so existentially trying to avoid.

Now this project got to a level where all its bits have to be gathered under the same roof, a book. So the creators proposed a crowdfunding campaign for those that might find the project beautiful, interesting and worth spreading and backing with their pledges. They offer some awesome rewards, such as digital posters, the e-book, autographed and dedicated paperback books etc.

This is the link for the campaign, you don´t have to be a member of Kickstarter to contribute.
Kickstarter campaign